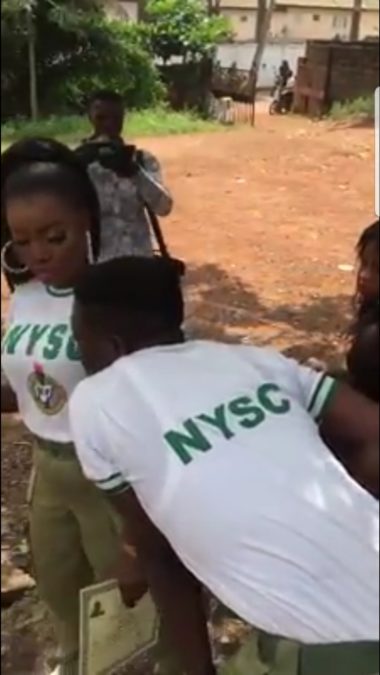 Here is a video of a corp member proposing to his girlfriend, who is also a Corper, as they prepare to collect their NYSC discharge certificate on their POP day.

It was uploaded by his friend on social media. While some congratulated them, others queried the viability of the marriage-to-be…unless the man has been working or has a good business that has been sustaining him.

Others mocked him, saying he is just scared of losing his girlfriend, and only proposed to trap or keep her.

While another faction say it’s a planned video cos of the cameraman standing very closeby. Well, the cameraman could be there posing to snap corpers as that day was their POP day.

What do you think?

Police Has No Right To Search Phones Without Warrant, Investigation

Video: Girl Loses It In GTB, Over Alleged 750k Deduction From Bank Account