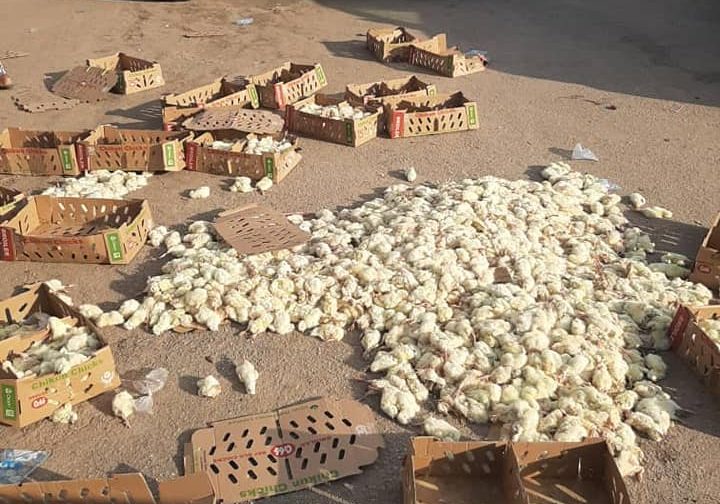 Few days after Imo state Task Force illegally impounded a Toyota Sienna conveying 8,000 day-old chicks, which led to the death of about 3,000 of them, the State Government has swung into action and dissolved the group. The Government has also promised that the owners will be adequately compensated.

The vehicle was conveying the hatchlings from poultry in Kaduna state to Imo state, it drove through the night in order to arrive at its destination before the sun comes up. State governments usually demand emblem from such vehicles, as part of their revenue generators, however, the driver had a consolidated emblem that can be used across states.
The Imo state Task Force refused to acknowledge the consolidated Emblem which was presented and harassed the driver, accusing him of disrespect after he pleaded with them that the day-old chicks would soon die off, as a result of their delay.
At a point, the driver had to abandon the vehicle as a final effort to contact the recipient of the chicks, less than 5 minutes away, as their phone numbers were unreachable. When he and the owner got back, the vehicle had already been impounded, the tyres deflated and about 3,000 chicks, valued at N600 each were dead.
The owner angrily spewed the dead chicks on the ground and made a video, narrating how the Nigerian Government continually kills growing businesses.
See alo: Why Nigerians Jubilated on Abba Kyari’s Death- Former Chief of Staff to Buhari 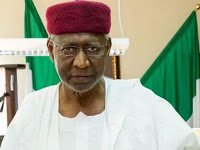 Link your sim cards to your National Identity Numbers or be disconnected in 2 weeks time- NCC!

Shame!!! P-square Receive Nothing In Their FCMB Account After Hours

Video of Lionel Messi Crying In Goodbye Speech To Barcelona!