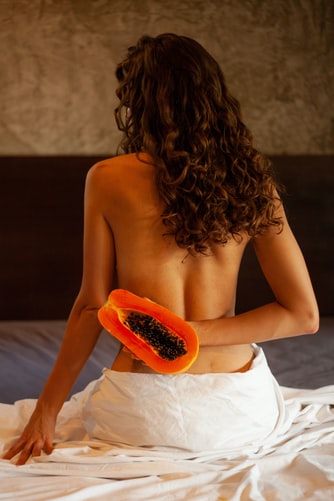 Hello, 911…I have an issue…I can’t get it up!!! That’s probably how it would sound if it was a call. A certain man, anonymous as usual, reported to a Facebook Online Doctor, that he since lost the use of his penis since he broke up with his girlfriend of 5 years, of which they have a son together. Horrific right?
He narrated that the issue began after he broke up with her and asked her to leave…which she quitely did without any form of pleading or argument. Now our man is left with a limp belt down below. See extracts below: 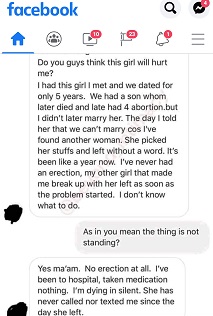 Photo: Actress, Nkechi Blessing Opens Up On Crashed Marriage With Husband, Opeyemi Falegan, Says He Is A User

Update: How Much Davido Has Received In His Wema Bank Account

Bobrisky reveals how he was told to drag Churchill’s wife

Soludo Reacts To The Fight Between Bianca Ojukwu & Obiano’s Wife, Says He Enjoyed The Comedy